According to the ‘Tantu Panggeleran’, a sacred cosmological scripture,
the island of Java used to drift unpredictably in the ocean. In order to stabilize it, and make it habitable for humans, the gods Vishnu and Brahma transformed respectively into a turtle and a snake, and set out to carry and place a section of the Holy Mountain of India on Java. During their journey, fragments of rock chipped off the mountain and dispersed on the ground, creating a chain of successive volcanoes across the island.
In East Java, and along this trail, lays a vast ancient caldera called the 'Sea of Sand.' The Tengger massif is an open desert expanse which contains five volcanoes. Bromo, an active stratovolcano, still manifests its mercurial qualities, and is considered holy. Around the mountain, in places where volcanic bombs land following their explosive orbits, shrines and altars are constructed with the dark matter. 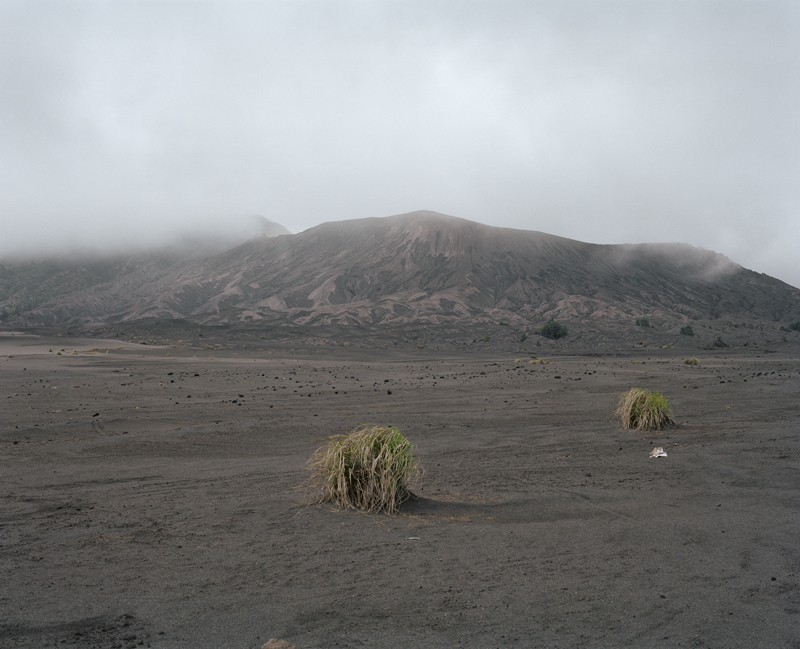 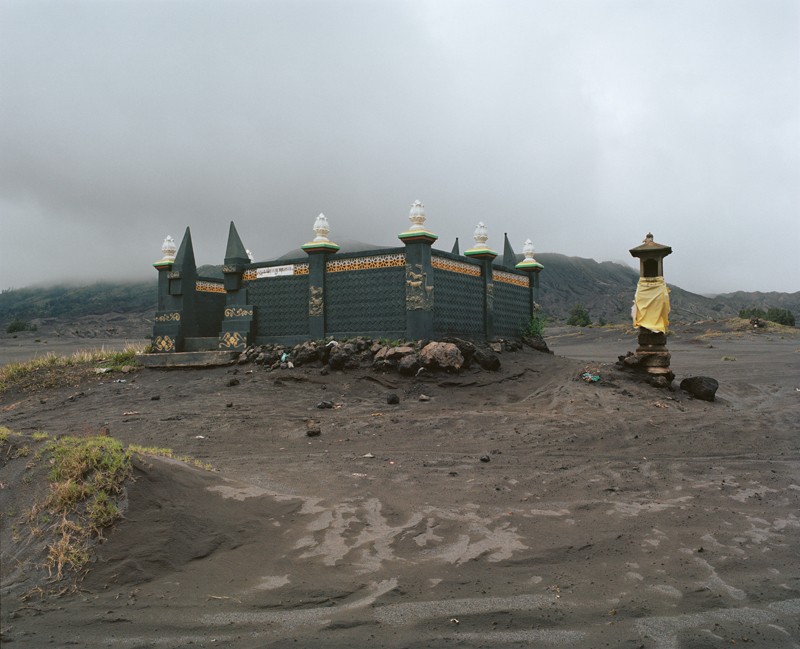 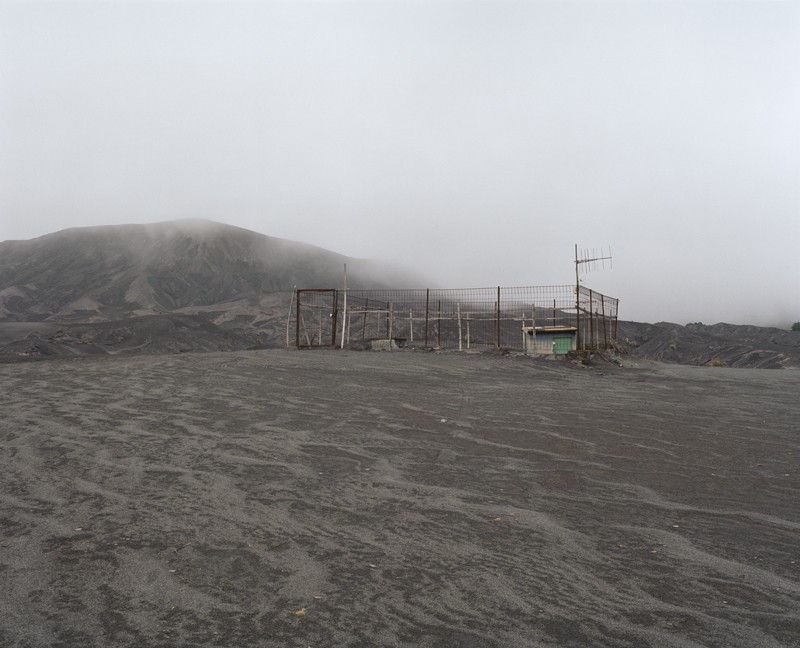 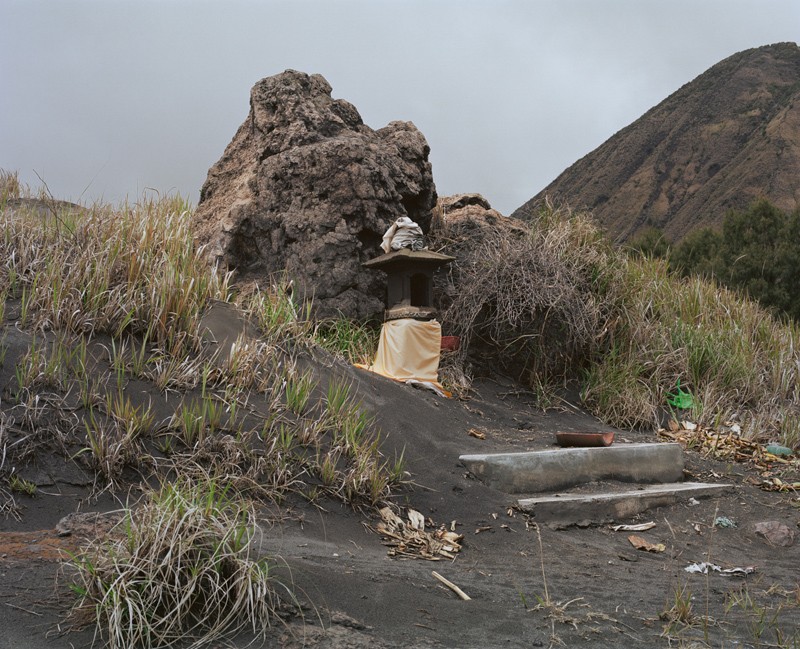 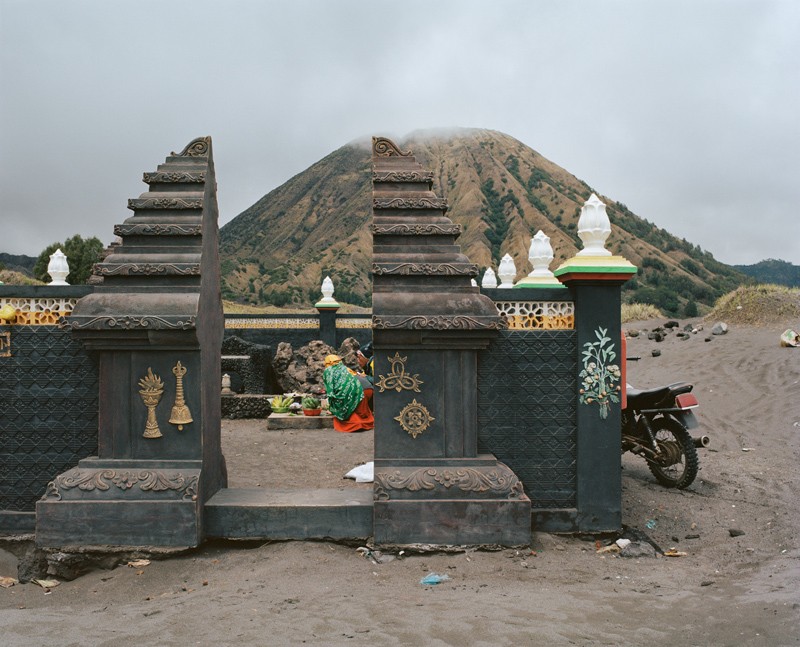 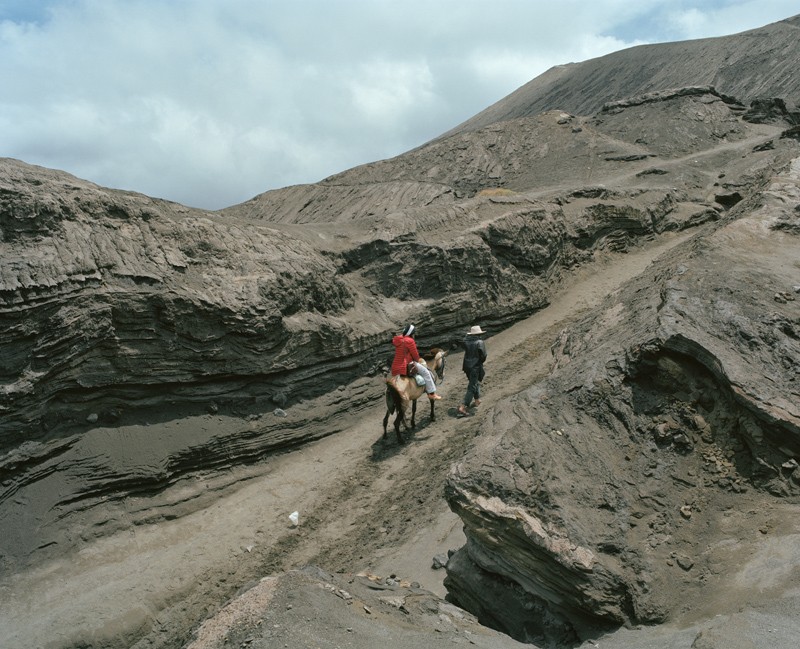 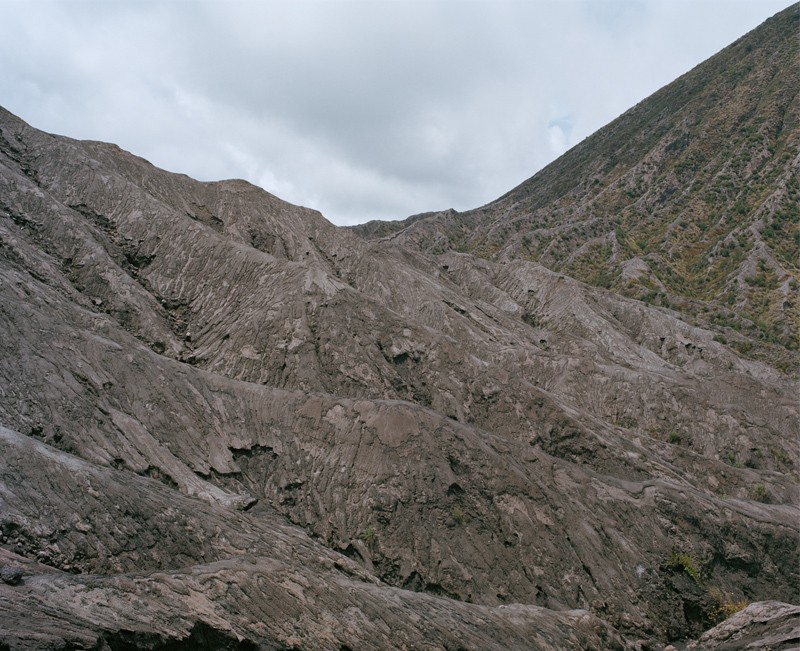 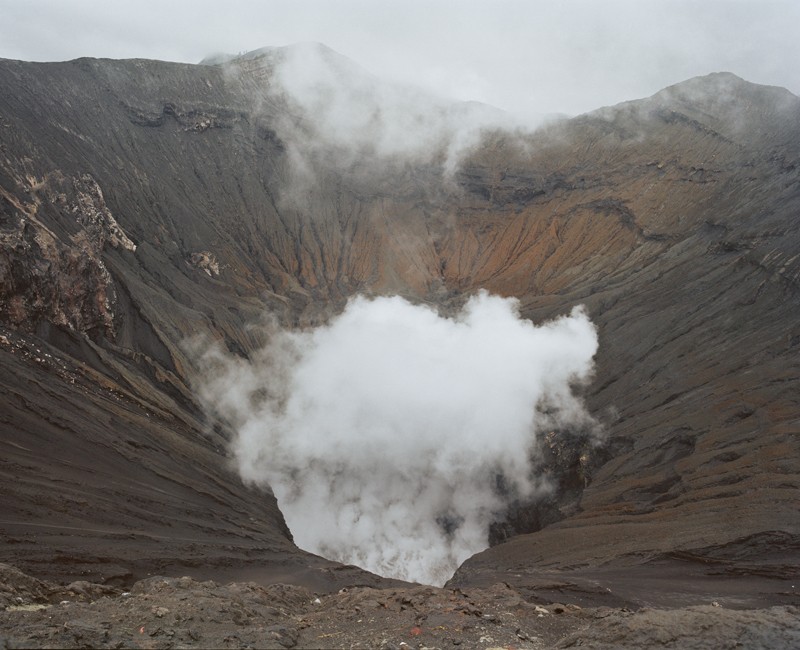 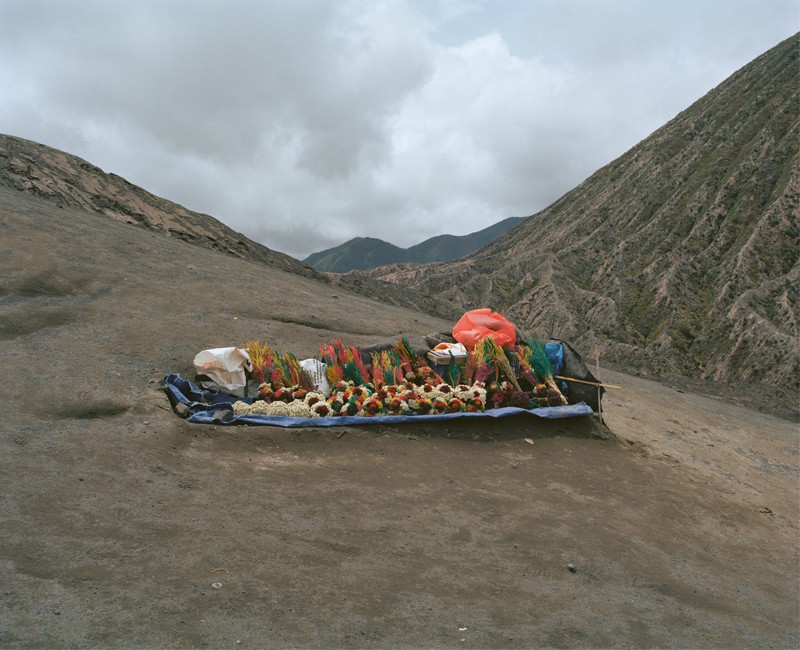 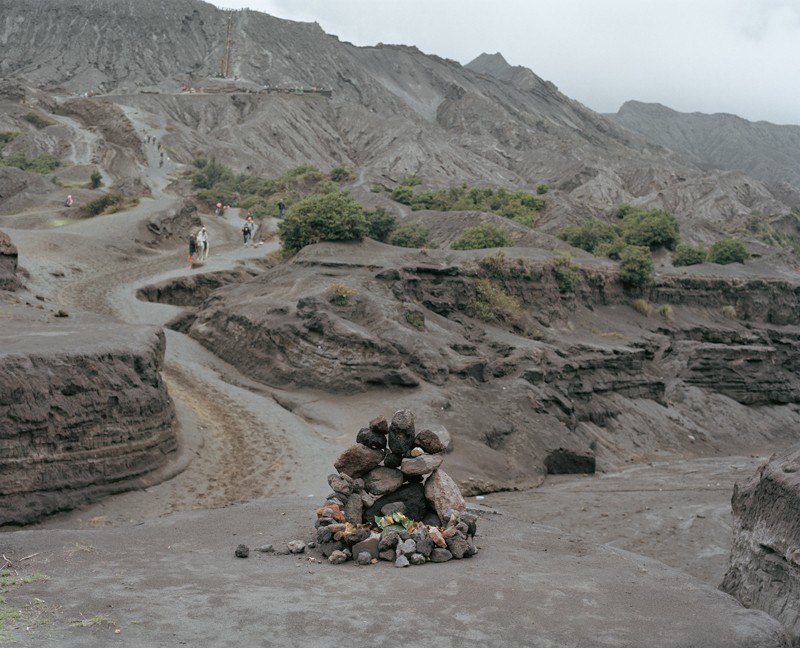 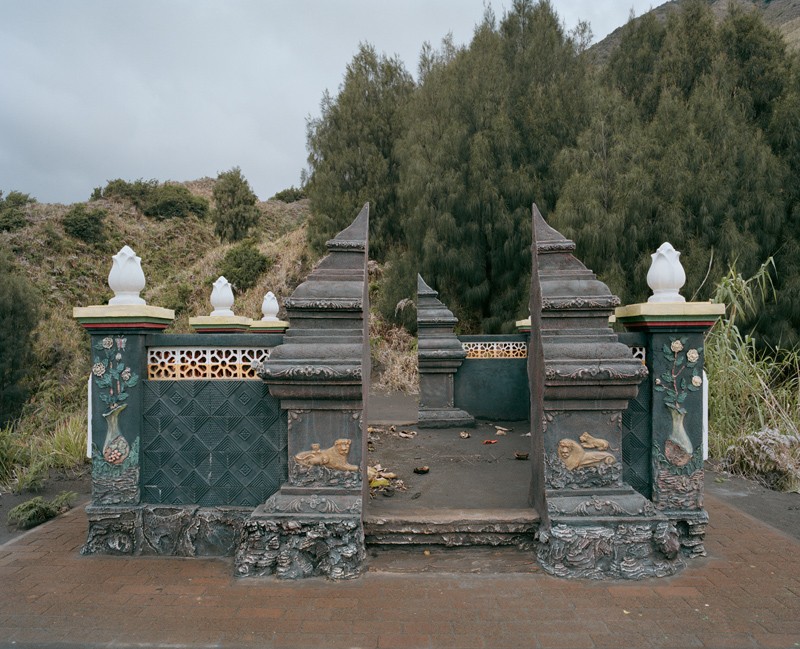 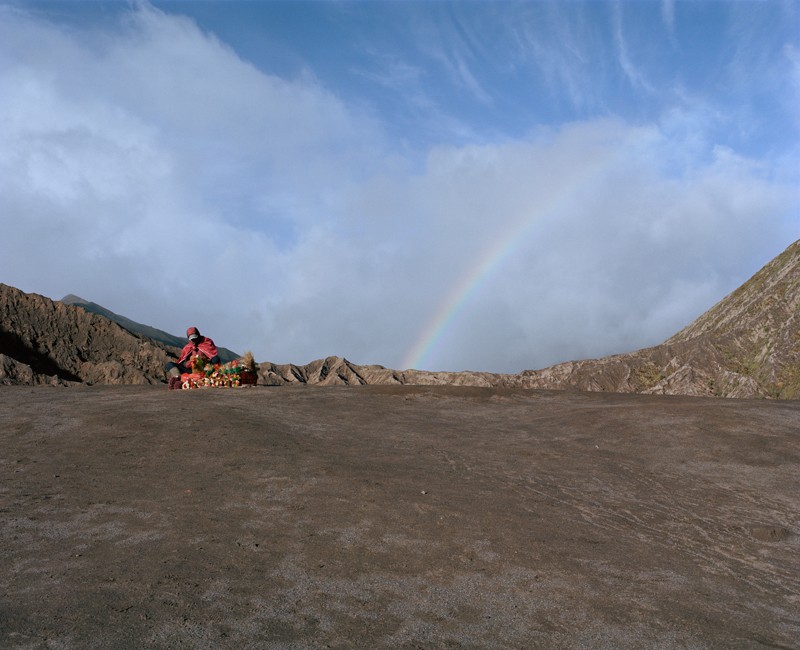 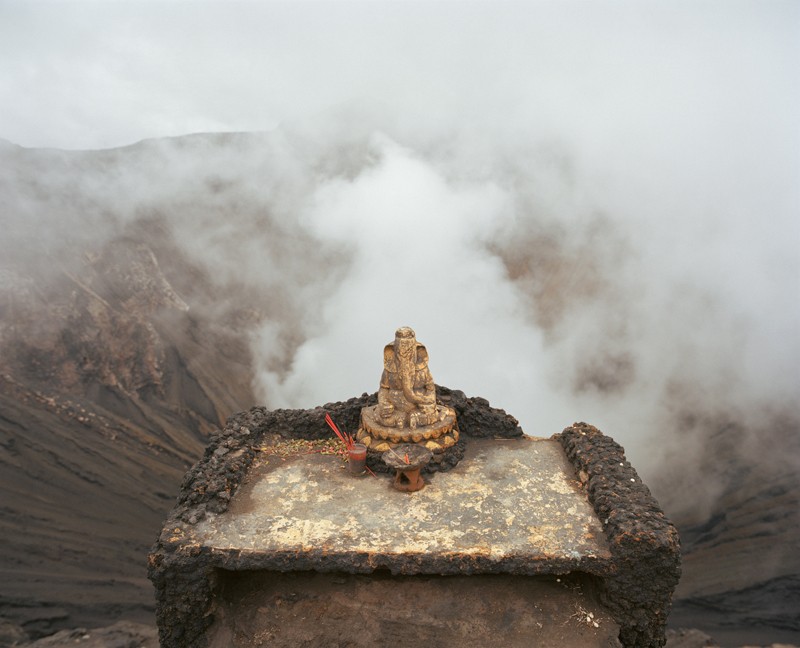 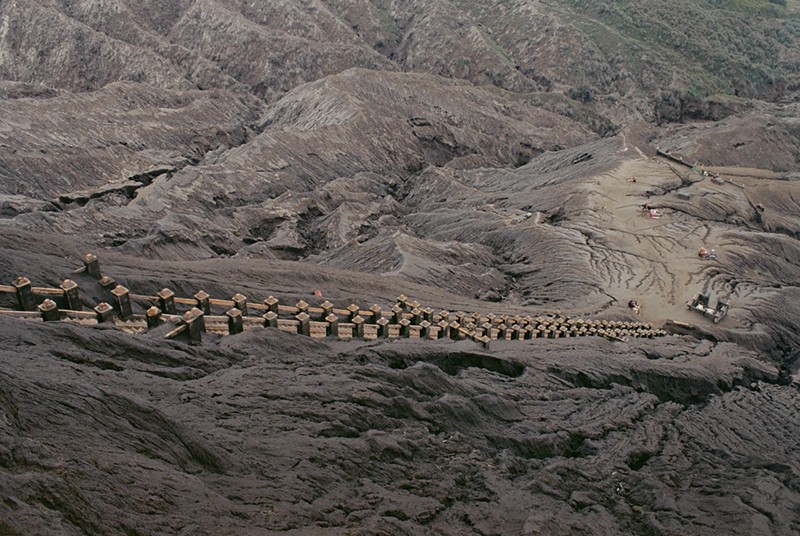 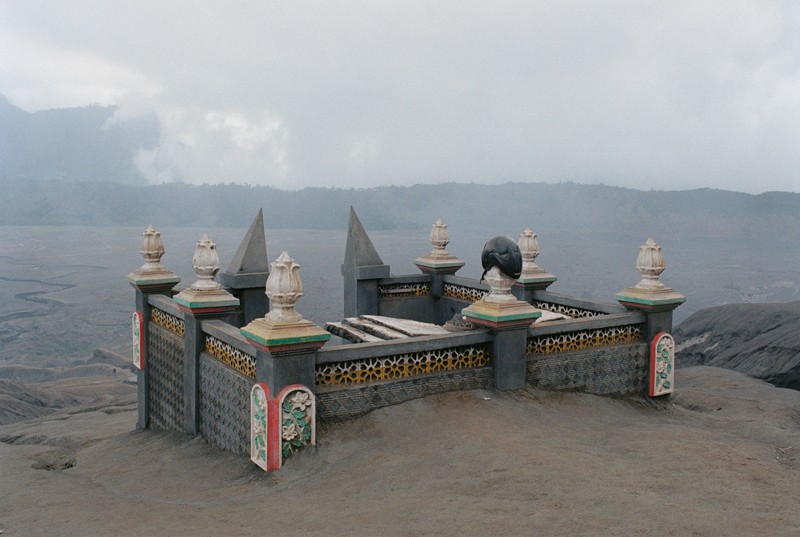 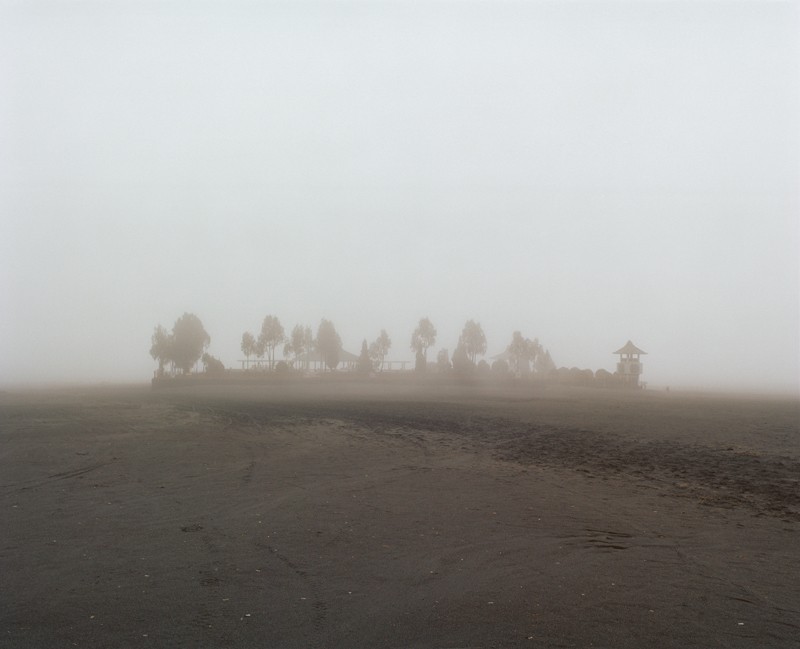